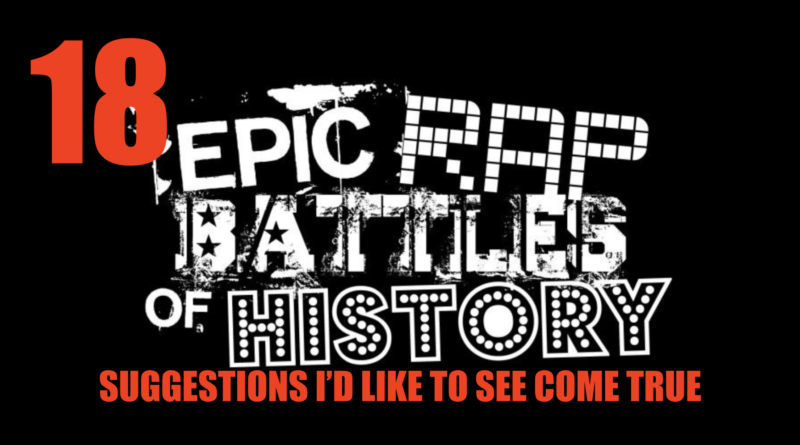 Entertainment Music Series
4 April 202113 July 2022 Emanuele 0 Comments epic rap battles of history, erb
Disclaimer: if you want to read the part 2 of this article with even more suggestions, you can do it by clicking here.

Epic Rap Battles of History is a popular webseries created in 2010 by YouTube comedians and rappers Nice Peter and EpicLLOYD. Each episode puts historically relevant characters, either real or fictional, face to face in a rap contest, ending the video with a question to the audience: who won? Who’s next? You decide!

Well, In the last 6 years I’ve posted a bunch of matchup suggestions in their YouTube comment sections hoping to see at least one of them becoming real one day.
There are tons and tons of characters and matchups I’d love to see in ERB but of course I had to trim down this list to only include matchups that make sense and could actually happen. For instance, you’ll notice that for some of the matchups I included Pete and Lloyd’s feedback expressed by them during a bunch of livestreams that they aired a year ago publicly on YouTube (no secret info will be shared, especially because I have none).

So here there are 18 Epic Rap Battles of History suggestions from my personal wishlist, in no particular order: